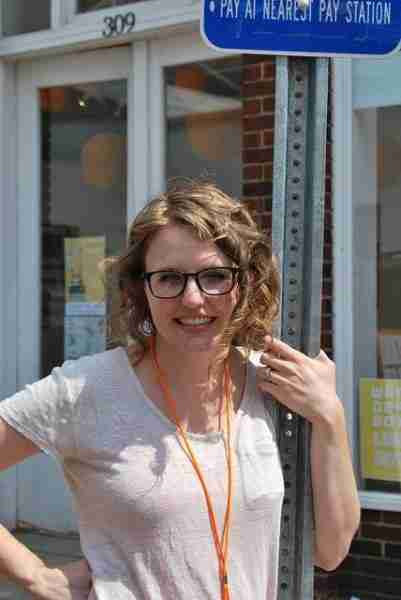 When the sun rises over the fairgrounds Thursday, Oct. 15, Dottie Bryan Cole, the art and photography department superintendent, will be walking through the Kerr Scott Building, ensuring all the art exhibition displays are ready for the N.C. State Fair’s opening.

“That’s my favorite part of the job,” Cole said. “Walking through in the morning before opening, seeing the final project, going through and taking it all in. All of the hard work is done.”

As the art and photography superintendent, Cole is responsible for processing entries, setting competition rules and regulations, hiring and managing department employees, selecting judges, organizing the exhibition layout and responding to entrant concerns. Once this work is done, the department’s annual art exhibit featuring hundreds of pieces, created by professional, amateur and student artists, is up and running.

Although not a practicing artist herself, Cole has always had a great appreciation for art and a love for working with artists. A Raleigh native, Cole attended the State Fair almost every year throughout her childhood. Despite never having submitted her own creations, Cole loved the art exhibition and learned about the department while watching her older sister compete in the contests.

“The exhibit’s a fun activity without all of the hustle and bustle of everything going on outside,” Cole said. “I like to see how creative people can get, even if they’re not a connoisseur. It’s exciting to see the different skill levels and all of the different perspectives brought to the table.”

Cole said although the art exhibition is still her favorite thing about the fair, she also grew fond of the agricultural events. The fair even offers competitions that mesh the two categories together.

“I actually really like the vegetable and the honey competitions,” Cole said. “I’m hoping to have my son decorate a sweet potato or a pumpkin through the horticulture section this year.”

Cole stopped frequenting the fair while attending the University of North Carolina at Charlotte, where she earned a bachelor’s degree in art history in 2011. She returned to Raleigh and began working as a gallery coordinator with the Visual Art Exchange. While working at the gallery, Cole met the State Fair competitive exhibits director, Denise Walker, and was later hired to head the competition in 2014.

Cole said her experience as the superintendent has been extremely positive so far, largely due to the support of and camaraderie among the fair employees. She said her first year on the job was interesting, but ran smoothly as the department was already well-established.

“The people who work here, work here because they truly enjoy it,” Cole said. “I had a strong team behind me, showing me the ropes. It was important to me that I didn’t disrupt a system that was already working, but hopefully I’ve already started to have my own effect on the department.”

After all of the entries have been judged and the exhibit is up and running, Cole’s work is mostly done. However, she said she still takes time to enjoy all of the art that has come through. Last year, Cole’s favorite piece was the best-in-show winner, a portrait of chef Benjamin Williams by professional photographer Christer Berg. 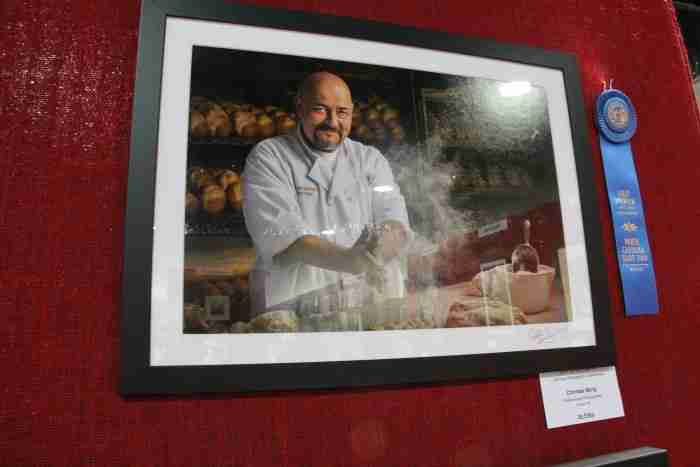 Cole liked this best-of-show winner from the 2014 State Fair, a photograph of Chef Benjamin Williams by photographer Christer Berg, www.cb-photography.pro.

“It was just the way it was structured, and its composition,” Cole said. “I fell in love with it. I could have sat and stared at it for hours. It deserved to win and be seen.”

Cole said she is bringing her enthusiasm for art to the department and hopes this passion will allow the art competitions to grow and transform. In 2014, the art department saw more than 2,000 entries, but Cole said she’d like to see even more this year.

“I also want to try to increase the amount of diversity in the department,” Cole said. “You always see a lot of paintings and photography submissions, and that’s not a bad thing, but I’d like to incorporate more types of art into the exhibit.”

Cole said she hopes the new “Almost Anything Goes” category at this year’s fair will encourage more diverse participation.

Even though the student category remains the largest in the department in terms of the number of submissions, Cole said she would like to reach out to more schools across the state to widen the variety at the show.

“The exhibition is a great arena for people to start, especially children, because it provides such a large public audience,” Cole said. “It really broadens the availability of exposure for different types of artists. People aren’t just taking in one dimension.”