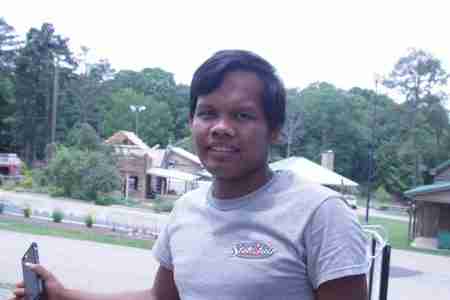 Thuy Ksor may be accustomed to the fresh air and green grass in the Vietnam central highlands, but he gets his fill of the countryside right here at the N.C. State Fairgrounds.

Ksor, part of an ethnic minority group called the Montagnards, came to North Carolina in 2007. He’s one of about 20 Montagnard employees at the fairgrounds, and after getting his maintenance job here in 2008, he attributes much of what he’s learned in America so far to the diversity of tasks under his jurisdiction.

“My job is totally different from everybody’s – I help people finish construction jobs that aren’t in my landscape,” he said. “I like making people happy, and it’s fun to have the freedom to learn things I didn’t know before.”

English proficiency levels vary widely throughout the Montagnard fairgrounds employees, Ksor said. But as they’ve stuck together at the fair through the years, those who are more fluent often correct the others to help them improve. Ksor learned the most by watching English movies and singing along to the radio.

“School didn’t help because they tried to teach me how to read and write in English before I could speak it,” he said. “One of my biggest challenges is worrying that my words will come out wrong.”

That’s not the only hardship Montagnard refugees have overcome. According to a new exhibit at the N.C. Museum of History, the Montagnards – translated to mean the “mountain people” – were recruited by U.S. Army Special Forces during the Vietnam War to fight on the front line as allies.

But after the war ended, they were ostracized and oppressed by the Vietnamese government, and many were forced to seek asylum in the United States. Today, there are about 20,000 Montagnards in North Carolina, making the state house the largest population of the ethnic group outside of Vietnam. 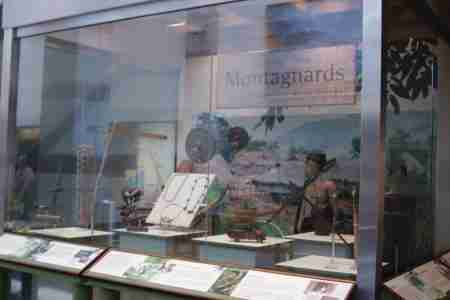 To learn more, be sure to check out the N.C. Museum of History’s lobby-case exhibit, Collecting Carolina: Montagnards, Vietnam’s Central Highlanders, which highlights the cultural traditions of the Montagnards by showcasing baskets, musical instruments, hunting weapons and more donated by U.S. Army veteran Mike Little.

But if you want to experience a free, interactive celebration of the Montagnard culture, you won’t want to miss Montagnard Artists Day at the museum Saturday, June 9, from 1 to 4 p.m. Here, you can watch craftspeople weave fabrics, enjoy performances by Montagnard dancers and catch a showing of “This Is My Home Now,” a documentary about the lives of young Montagnards in North Carolina.

If you’re busy this weekend, you can always stop by next week for a free presentation about their voyage from Southeast Asia to North Carolina during History à la Carte: Montagnard Journey on Wednesday, June 13, from noon to 1 p.m.

When he’s not at the fairgrounds, Ksor takes the time to learn about American culture, too. He said he travels regularly to various hiking spots around the country to experience nature here.

“Once, I hiked from South Carolina to West Virginia on the Blue Ridge Parkway,” he said. “I really like to learn things outside of the city.”

So when asked what he hoped North Carolinians would learn about his culture after visiting Artists Day, Ksor explained his desire for more media coverage of the Montagnard story.

“I just want everyone to know how hard we work at the fairgrounds,” he said, “and that we can get the job done.”