Dorton Arena is a field-trip destination 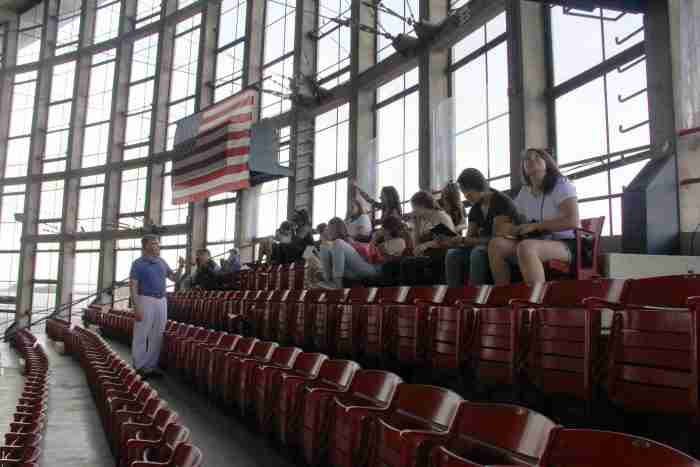 If you have ever attended the fair or other events at the fairgrounds, probably one of the first things you see from a distance is the odd-shaped roof of the most standout building on the grounds. J.S. Dorton Arena is certainly a symbol of the fairgrounds, but it also has an important place in architectural history.

Elizabeth Grant is a professor of architecture at Virginia Tech University. Each year she takes her second-year students on a field trip to visit architecturally significant buildings. Some noted buildings in Raleigh include the James B. Hunt Jr. Library, the N.C. Museum of Art and Dorton Arena. One of the highlights of a recent trip to Raleigh included a visit to certainly one of the most unique examples of modern architecture in the world.

For those of us who have lived in Raleigh most of our life, Dorton Arena is where the circus performed, where we watched the Raleigh Ice Caps play minor league hockey and where music icons such as Prince and Led Zeppelin performed. For 40 years it was one of the main entertainment venues in Raleigh. While we may have thought that Dorton Arena had a unique look, we never considered its place in history as an architectural first of its kind.

In architectural and engineering circles, Dorton Arena represents the first use of a cable-supported roof system. Grant isn’t alone in including Dorton Arena in her lesson plans. About four to five times a year, Dorton is visited by groups from all over to learn a little about the building’s unique place in architectural and North Carolina history. The arena is on the National Historic Registry and is a National Civil Engineering Landmark.

“We’ve had visitors from Czech Republic, Japan, Sweden, Russia, the Netherlands, France, Germany and more,” said Bill McClure, N.C. State Fair facility engineer. McClure gives about four to five tours a year of the interior and exterior of the building, taking time to explain to students just how the cable-supported roof system holds down an area the size of a football field without columns. 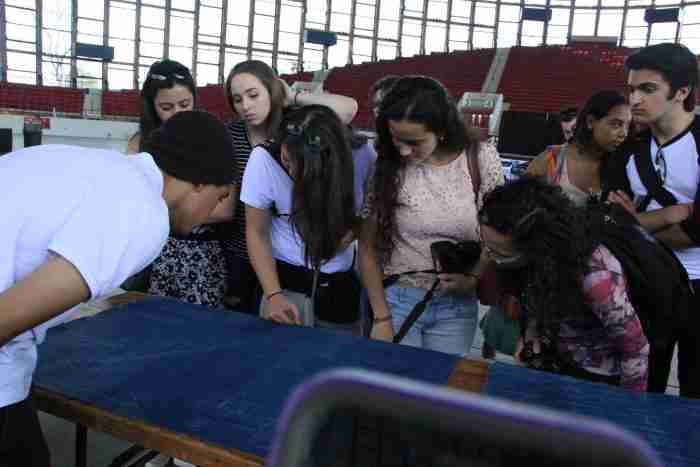 McClure gives not only an architectural lesson on the parabolic structure, he includes a little history lesson. Revolutionary Dorton Arena was almost not built. “The story is that President Truman told Governor Kerr Scott that if he had any construction projects that needed to be started, then he needed to go ahead and do it,” McClure said. “Scott sent a highway patrol officer to pick up contractor William Muirhead, who went to the fairgrounds, dug a hole, filled it with cement mix and proclaimed he had started construction on the arena. He then went back home. Muirhead heard on the radio later that day that Truman had put a moratorium on all new construction due to the Korean War. Since the arena was already under construction, it was allowed to be completed.”

Dorton was the vision of Mathew Nowicki, a Polish emigre and head of the then-new Department of Architecture at N.C. State University. Sadly, Nowicki was killed in an airplane crash shortly after the arena was commissioned. Architect and Nowicki’s personal friend William Henley Dietrich of Raleigh was chosen as a replacement. The dean, Henry Leveke Kamphoefner, required all the professors to have a private practice, and Nowicki had already joined Dietrich’s practice. Dorton Arena was completed in 1952.

Check out this video from UNC-TV to go on your own tour of Dorton Arena.