Locally produced cotton T-shirts, candles, muscadine juices, sweet potatoes, sauces, dry rubs. These are just a few of the products 30 vendors are showcasing in the Got to Be NC tent at the State Fair. 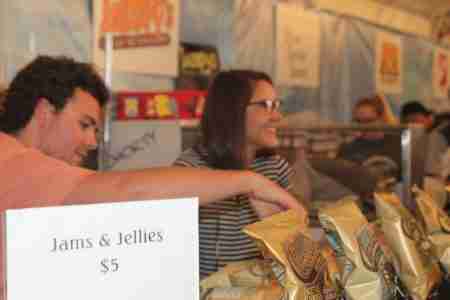 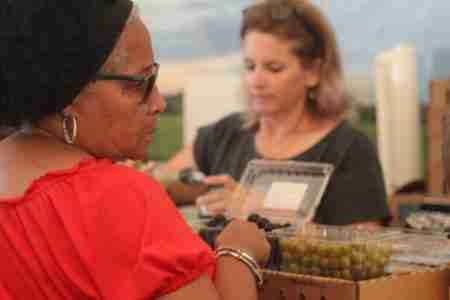 Dozens of fairgoers gathered in the tent to sample and ultimately purchase some of North Carolina’s best.

There was one that stuck out to me from all of the amazing vendors: Ms. Anne.

As I’m taking photos of a woman sampling some maple butter, a smiling man approaches me and says, “That’s Anne.” I look up to see a stack of “Anne’s” products sitting neatly on the table. 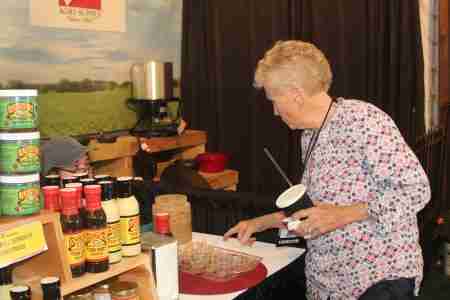 Anne Grimes said God gave her a vision in 1980 to make and sell quality products, including dumplings, chicken pastry, noodles, biscuits, cookies, maple butter and an extensive line of gluten-free, non-GMO food products. In 1981, she started Harvest Time Foods Inc. alongside her late husband, Bryan Grimes Jr. and son, Bryan Grimes III, inside a carport in Greenville. Now, her company has more than 30 employees and operates out of a large facility on 40 acres in Ayden.

Anne’s products are now sold in 28 states and in most major grocery chains. Anne also has a book titled, “Dumplings ‘N More: Our Story.”

Assisting her in manning her State Fair booths are her son, daughter and daughter-in-law. In addition to her products in the Got to Be NC tent, she is selling gluten-free products in the Scott Building.

Anne’s company is a longtime member of Goodness Grows in North Carolina, a marketing program under the umbrella of the N.C. Department of Agriculture and Consumer Services.

Be sure to sure to stop by and show Ms. Anne, and the rest of the local vendors at Got to Be NC, some 150th State Fair love. 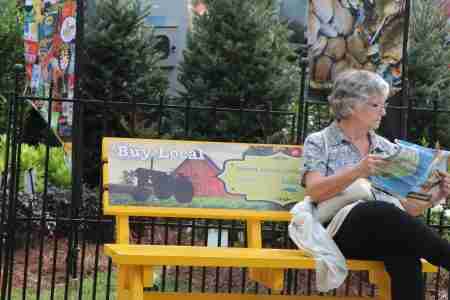 Hi, I go by Turkey Leg (AKA Jessica)! I love the fair and I love turkey legs. Surprise! This is my first year attending the NC State Fair as a staff member and I'm super excited!
View all posts by Turkey Leg →