Home N.C. State Fairgrounds Donkeys and elephants and Ford…oh my

Donkeys and elephants and Ford…oh my

Last week, Democratic officials announced Charlotte would host the 2012 Democratic National Convention. In choosing Charlotte, the nominating committee realized something that most of us already knew – North Carolina is a great place. From the people to the food, we’ve got it going on. That’s part of the reason why national politicians have been making rounds through North Carolina for a long time.

We’re happy for Charlotte, but the N.C. State Fair also has seen its fair share, (pardon the pun) of the national political spotlight through the years. In fact, four U.S. presidents have swung through Raleigh during the Fair, and two more have stopped by the fairgrounds at other times during the year.

Theodore Roosevelt was the first president to come to the State Fair in 1905. At that time, the fairgrounds were still located on Hillsborough Street across from N.C. State University. Roosevelt and others marched in a parade from the Capitol Building to the fairgrounds, where he addressed a crowd of more than 25,000 people. 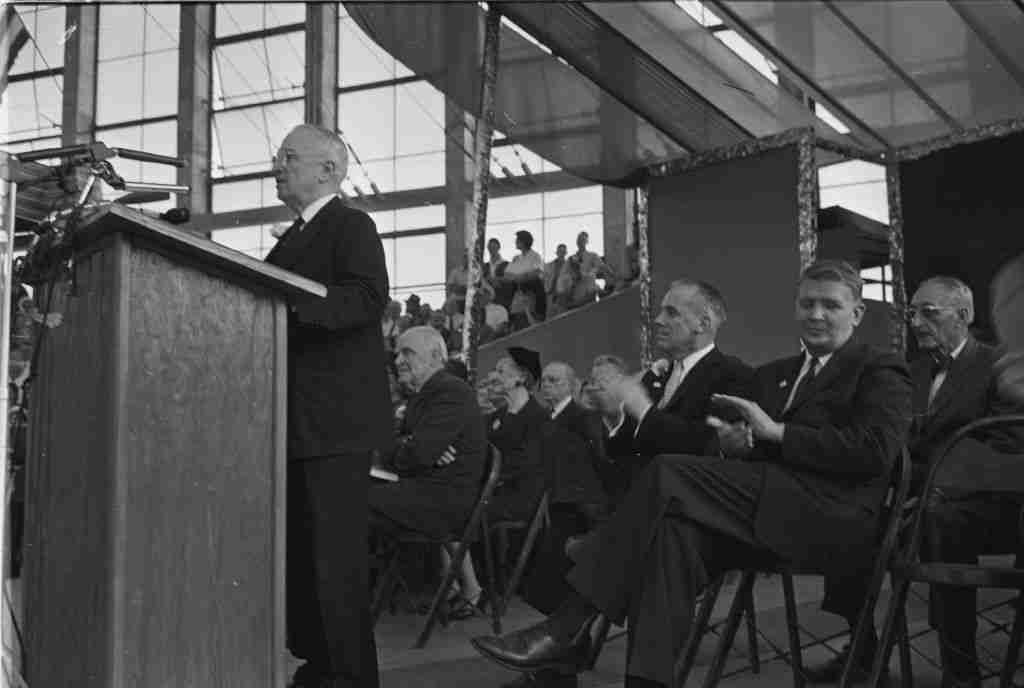 In 1948, Harry S. Truman visited the State Fair while running for a second term. More than 75,000 people gathered outside the Commercial and Education Buildings to hear from the president. When he returned in 1960 to campaign for John F. Kennedy, he spoke in Dorton Arena, which had been completed in 1953.

Dorton Arena also was the site of Gerald Ford’s visit to the N.C. State Fair. He visited Raleigh in 1976 while campaigning against Jimmy Carter. In 1992, George H.W. Bush came to the State Fair as an incumbent running for reelection. He followed in the footsteps of Truman’s 1948 visit and addressed a crowd of 17,000 people outside the Commercial and Education Buildings. 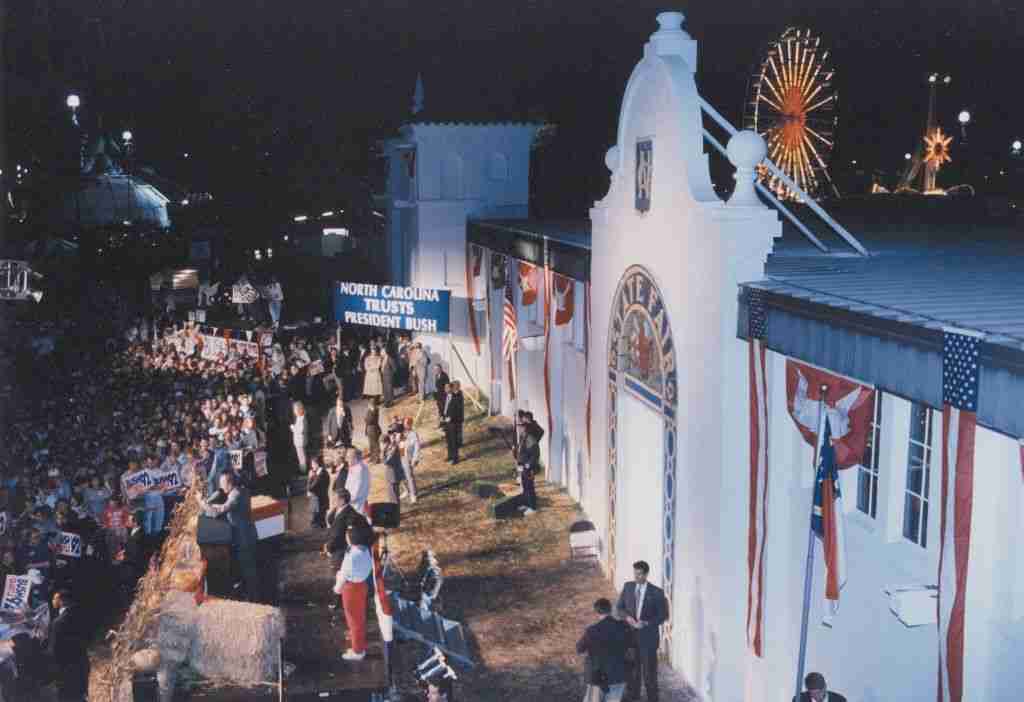 Two other presidents have visited the fairgrounds, but not during the Fair. Bill Clinton visited the state in 1996 to survey the devastation following Hurricane Fran. At the time, relief workers were stationed at the fairgrounds, and Clinton used the location to hold a press conference. He returned in 1998 to campaign on behalf of John Edwards during his U.S. Senate campaign. Ten years later, Barack Obama came to the fairgrounds several times to campaign in the 2008 primaries.

We’ve hosted several presidents over the past century, and look forward to seeing more in the future. And, while we may not be hosting the Democratic National Convention in 2012, we feel fortunate that we get to host one of the largest events held in North Carolina every year.