Home 2017 N.C. State Fair Craftsman and craftswoman of the year named in Village of Yesteryear

Craftsman and craftswoman of the year named in Village of Yesteryear 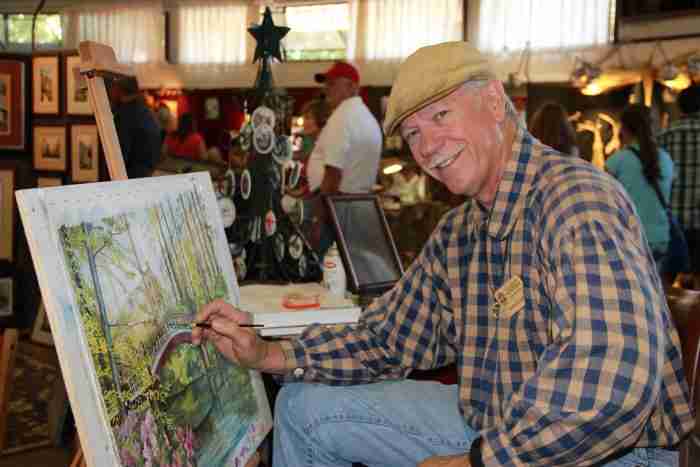 A fine-art painter and a porcelain-art maker were honored as the craftsman and craftswoman of the year in the Village of Yesteryear at the N.C. State Fair. Walter Creech, a painter and water-colorist from Saxaphaw, and Gay Lord, who works with porcelain, of Orlando, received the honors.

“This award is given to one man and one woman each year,” Village of Yesteryear Director Pam Earp said. “All the members of the village vote for who they view as most dedicated to their craft and the village’s mission of demonstration and education.”

Creech has been a member of the Village of Yesteryear for 15 years and has served on the executive board for two. Creech, along with his wife and support staff Ann, sells his ornaments, prints and paintings in the Village each year.

He has been working with fine art for about 17 years. “I worked in commercial art for 16 years as a fashion illustrator for Belk Beck Department Store in Burlington,” Creech said. His work includes nature/agricultural scenes and popular landmarks. Many fairgoers might remember him from his popular collegiate paintings, including N.C. State University’s bell tower and UNC-Chapel Hill’s famous well.

“My favorite way to paint is in nature on location,” Creech said. “My favorite thing about the Village of Yesteryear is the people. The artists that are here and the fairgoers that stop by.” 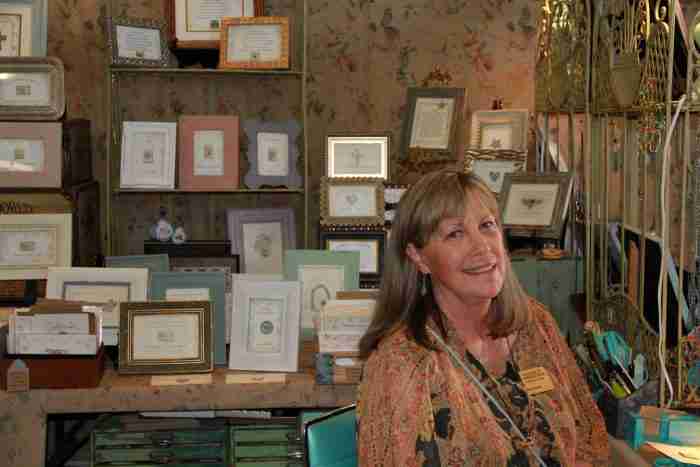 Lord has demonstrated and sold her porcelain arts in the Village of Yesteryear for 10 years. Her uplifting framed works include beach-themes, inspirational quotes and special holidays. She also sells whimsical pins, ornaments and bookmarks.

“When I lived in Asheboro I was first introduced to clay and to the Village of Yesteryear by my friends David and Deborah Garner, who own Turn and Burn Pottery and are also Village of Yesteryear crafters,” Lord said. “Debra brought me a ball of clay – a stoneware ball – and I began working with it. After a while, I started using porcelain and liked it better and have been using it ever since.”

Lord worked full time as a buyer for a department store before staying home with a sick child. “I was always artistically inclined, and it became an outlet for me during that time,” she said.

Both awards have been given annually since 1977. To be eligible for the award, a craftsman must be in his or her sixth year at the village. Each winner receives a gold medal with a village symbol designed by former village craftsman Ken Arensbak and a portrait done by Creech.