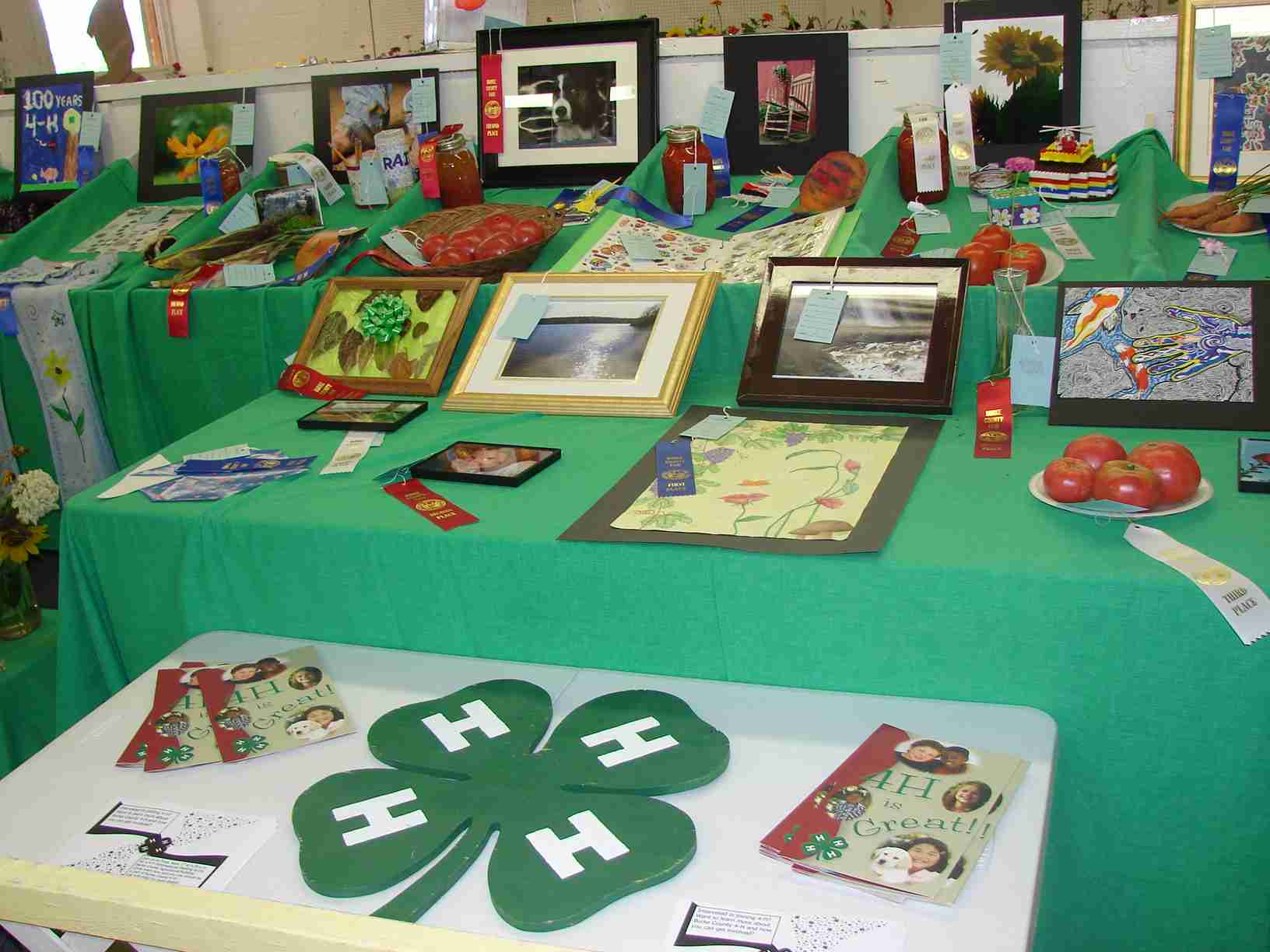 This year marks the 100th anniversary of 4-H in NC. Look for 4-H displays at your local fair.

Two weeks ago, I traveled to Morganton to visit the Burke County Fair and this week I went back to Burke for the Drexel Community Fair in town of Drexel. Burke County is one of three North Carolina counties that hosts multiple agricultural fairs.

The Burke County Fair, which took place August 4-8, had a variety of competitive entries from 4-Hers, and there were several nice displays promoting the 100th anniversary of 4-H in NC.  The number of entries in the canning category was up, and the fruits and vegetables looked much better than they did last year, suggesting that competitiors may have had a better growing season in 2009.

The Burke County Fair has great parking, lots of food locations that offer seating and they even hosted a wrestling event this year.

Over at the Drexel Community Fair, happening now through Saturday, August 22, competition organizers nearly ran out of ribbons because they had so many participants! The Drexel Fair is having its first-ever 4-H Cattle Show, which will take place on Saturday night. I like that this livestock competition will happen on a weekend evening because a lot of visitors will be at the fairgrounds, giving staff members a prime-time opportunity to educate the public about North Carolina agriculture.

The Drexel Community Fair, celebrating its 60th anniversary, offers free admission, nightly fireworks and lots of entertainment so check them out this weekend.

Next week, I’ll travel to my last August fair, the Alleghany County Agricultural Fair in Sparta. In September, I’ll make stops at 18 different fairs! Here’s a map so you can come, too.