Countdown to the State Fair

This is the third in a series of blogs about a 4-H group that meets each week at Carvel Cheves’ sheep farm in Bunn. We will be following this group of 4-H youngsters and their parents as they get ready for the N.C. State Fair livestock shows. We will tell their story on the blog, highlighting their successes and sharing what they are learning through the process.

The children you will meet along the way are Emily and Dustin Best, Joey Moore, Ted and Jacob Noe, Isabel and Sophia Nobles, Madison Pippin, Daniel Barker, and Wesley, Faith, Luke and Carter Dunbar. They range in age from 7 to 18.  The group leader is Alesia Moore, who is mom to Joey and has been involved with 4-H programs since she was a child.

With two shows now under their belts, the first-time sheep exhibitors are no more. They know the routine and what to expect in the show ring.

On the Wednesday following the group’s first show, Cheves is busy moving hay into a barn in anticipation of rain. He takes a break to come say hey and proudly asks, “Can’t you see more confidence with them today after that first show? Now they know what to do; they have that experience,” he said smiling.

Cheves knows every kid who shows sheep and visits his farm won’t go on to become sheep farmers, but “they will have a greater appreciation and understanding about where food comes from and where fiber comes from. And that is an important thing.”

The Four County Livestock Show was a big success for the 4-H kids at Cheves’ farm. All totaled, the kids took home 52 ribbons. Still, they each talked about what they needed to work on. Almost universally, each youngster agreed it was setting up the animal in the ring. 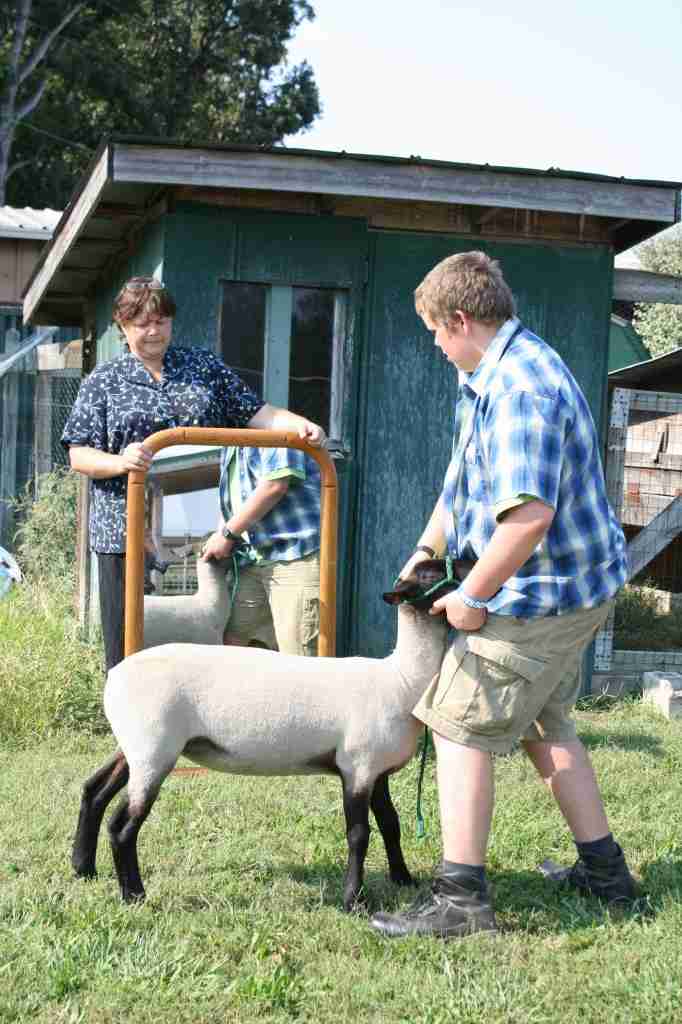 Joey Moore looks in the mirror as he positions his sheep in a proper show pose while his mom, Alesia Moore, looks on and offers advice.

The mirror is a big help and things start to click. You can almost see a light bulb going off as the kids start to recognize how the animals should look from the sides and from above.

Alesia Moore asked Isabel, whose sheep Bobbitt has kept her on her toes, how it did in the show ring for her? “She did Ok, she didn’t buck or anything,” Isabel said.

Jacob Noe also passed along a few pointers to Isabel and Sophia that he has picked up along the way about setting sheep up . “When you use your inside leg to brace her, she’ll push against you and that’s a good thing,” Jacob said. 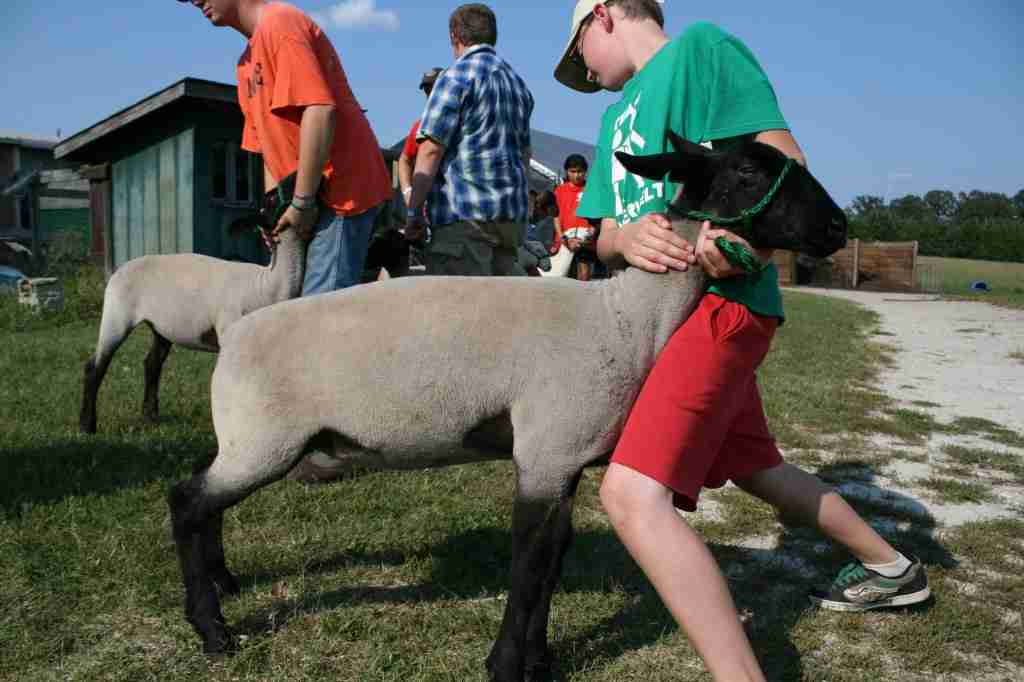 Jacob Noe works with his sheep during a practice session at his grandad's farm.

The kids learn many things from being part of 4-H including responsibility, self confidence, how to manage finances and how to take care of a living animal. They also make friends along the way.

“When Joey first started in 4-H, he was was extremely shy. We used to call him ‘the Velcro kid’ because he would stick so tight to us,” Alesia Moore said. “He’s a different child now. He goes off to 4-H Congress by himself and he has made presentations to county managers. He was invited to participate in technology day events at a local school where he showed how to spin wool into fiber. And he helps younger kids learn about sheep and caring for them.”

That is something that gives Cheves a great sense of pride, seeing kids he has worked with in the past now sharing what they have learned with others.

In his 4-H essay, Joey Moore wrote about giving back by mentoring others. Clearly, he is no longer the shy kid he once was.

In an excerpt from his essay Joey wrote, “I learned a ton that first year, and each year I’ve continued to learn even more. Since then I have increased my flock by buying other sheep and by breeding the ones I already have. I took my small flock of about 3 sheep to 25 sheep. I’ve also learned much more since then and I’m in the process of learning how to pass down all that I’ve learned to other people. I’ve got several families that I’m mentoring just like Mr. Carvel did for me.”