This year marks the 300th anniversary of the infamous pirate Blackbeard’s shipwreck and beheading at sea, but conservators at the Queen Anne’s Revenge lab in Greenville are still uncovering preserved artifacts like it was just yesterday. This weekend, the N.C. Museum of History hosts City of Oaks Pirate Fest.

Read below about our pirate exhibit at last year’s fair. And check out the Pirates of the Colombian Caribbean near Gate 11 at the Fair this year! 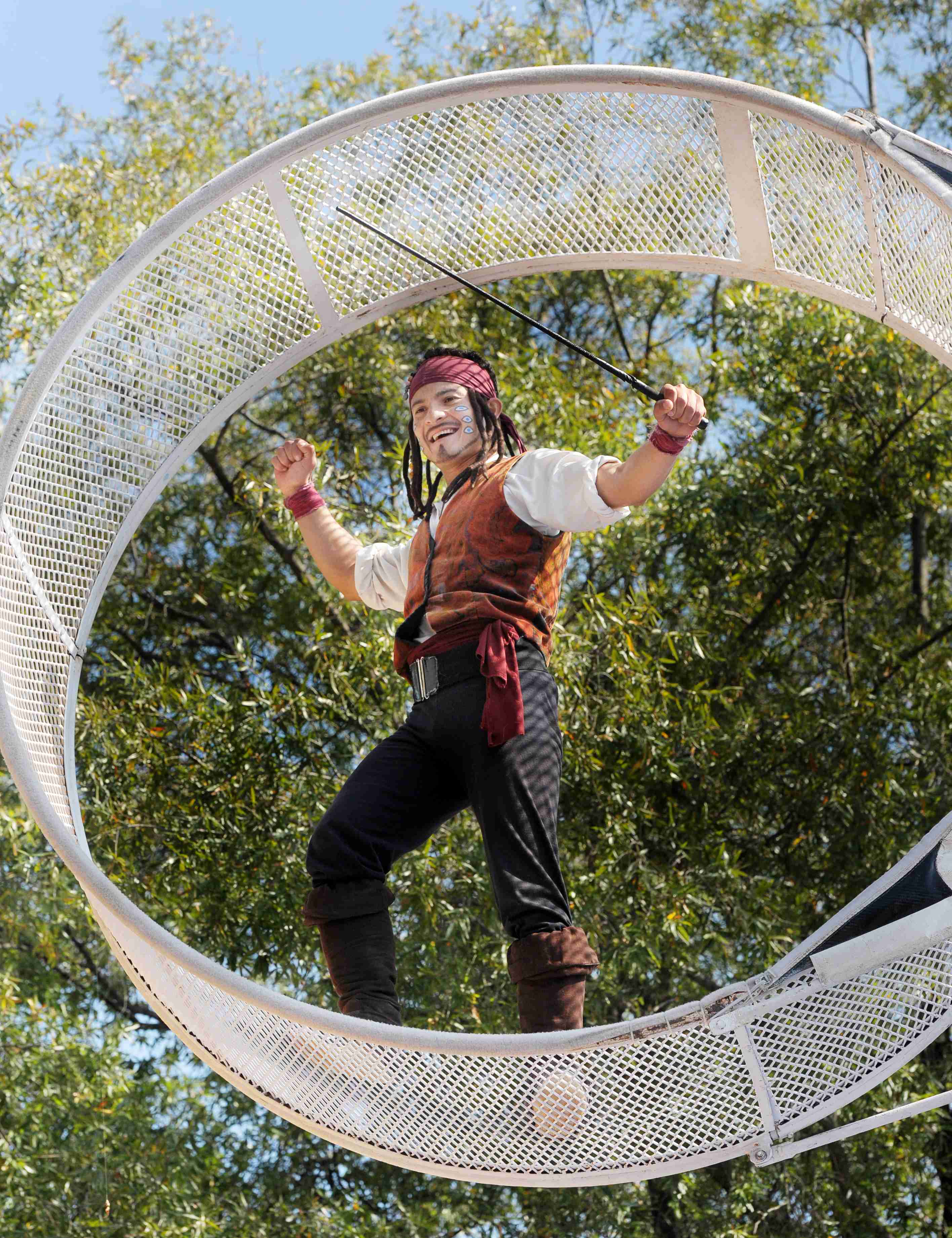 An actor playing a pirate from the 2017 Blackbeard exhibit at the fair.

At the 150th State Fair in 2017, the N.C. Department of Natural and Cultural Resources used the upcoming anniversary to create a traveling exhibit that showcases pieces of pirate history from the recovery project, such as shipboard diet and life in the 18th century. Michele Walker, Cultural Resources public information officer, said Blackbeard is an important part of North Carolina’s past.

“Blackbeard lived in Bath, and ended up dying in his favorite anchorage spot, Ocracoke Inlet,” she said. “The fact that we can touch the things he touched 300 years ago is amazing in many ways.”

Since cannons and anchors from Queen Anne’s Revenge were discovered in 1996, scientists and researchers from the conservation lab have been sponsoring annual dives to uncover more artifacts – so far, they’ve found around 400,000 of them. But because the bullets, iron, cannonballs and other items recovered from the ship have been underwater all these years, conservator Kimberly Kenyon said it takes a lot of work to make sure they don’t dry out and crumble.

“Every artifact that comes up from a marine site needs very special care,” Kenyon said. “These objects are laden with salt and can sometimes develop a crust around them called concretion, so we x-ray almost everything.”

The x-rays work just like they would for a broken arm – conservators need them to see what’s underneath the crust. The technology displays a flat image of the object and shows what metal is present by how white it appears. Nonmetal artifacts divers find can range from rope pieces to shards of a wine glass. But in 2016, conservators found something even more surprising.

“We discovered a handful of printed paper fragments inside a breech chamber – which is something used to load a cannon,” Kenyon said. “None were larger than the size of a quarter, but it was incredible that they had stayed intact at all after hundreds of years.” 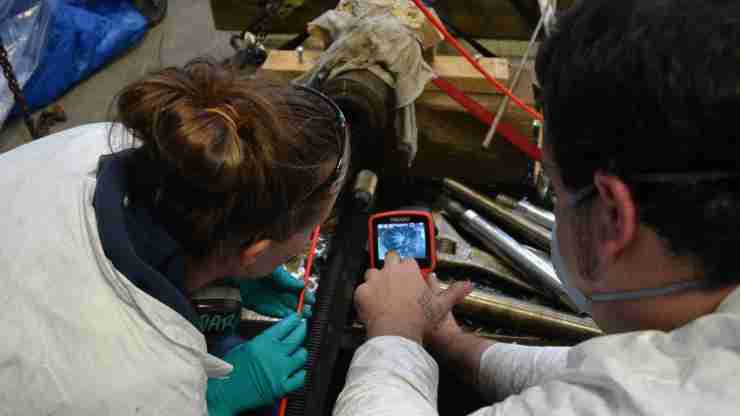 She said she wasn’t trained to work with wet paper, but nevertheless set out on a yearlong research project to figure out what book the nearly illegible words on the fragments came from. For a while it seemed hopeless, but she could make out one word – ‘Hilo’ – that she thought may indicate a place name.

“With some help from other specialists, we finally found that the fragments came from Captain Edward Cooke’s A Voyage to the South Sea, and Round the World, which was published in 1712,” Kenyon said.

This sheds some light on something that wasn’t widely known before the discovery – some pirates could have been literate. If a book like that was carried on the ship, Kenyon said, someone had to be reading it.

While Blackbeard made most of his fortune stealing from others and got his name from his monstrous beard he wore to intimidate, Kenyon said the conservation project isn’t about praising him. Instead, she works to make tangible history from what he left behind under the sea.

“We don’t want to romanticize what Blackbeard did,” Kenyon said, “but finding old artifacts like brass buttons and signal bells help us discover shared heritage as North Carolinians.”