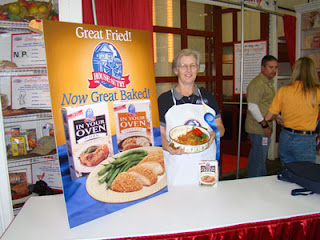 One of the (many) jobs in the press office is to announce the daily winners of the specialty cooking contests through writing press releases and posting recipes and photos to the State Fair’s Web site. Usually, the winning names look familiar, though the names and faces come and go through the years. I would imagine it takes an awful lot of trial-and-error to come up with new recipes each year for these contests, not to mention the time it takes to come to the fairgrounds every day and deliver hot entries.

Some folks only try their hand at one or two contests, sticking to what they know best, then there are a few diehard cooks out there who enter as many as they can. (Some contests state that winners of the previous year’s competition are ineligible to participate the following year.) But, persistence and great cooking skills apparently pays off. Two names that popped up over and over again took home some serious dough for their efforts: Gail Fuller of Raleigh placed in seven competitions, including four first place finishes, for a total payout of $850. Felice Bogus of Raleigh placed five times – 3 blue ribbons – and took home $575. The Boury last name was also familiar this year, with Mary Boury placing in three competitions, while her daughter, Amanda, also placed in three. 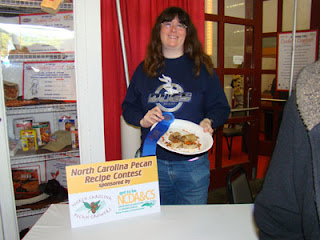 Go to the State Fair Web site to check out all the winners and try some recipes for yourself.
Special thanks to our sponsors for bringing these competitions to the N.C. State Fair!