Merrie Go Round May 22 June 2Got to Be NC Festival

The three black and white border collies that were part of the sheepherding demonstration at the Got to Be NC AgFest didn’t act nervous at all even though this was the first year for their event.

As soon as they spied the sheep standing off to the side, they had a singular focus. In fact, even when the sheep were corraled at the end of the demonstration they were never far from the minds of the herding dogs. The dogs periodically ran over to the corral just to make sure everyone was where they were supposed to be.

The sheepherding demonstration shows how trained working dogs can help farmers tend to a herd — whether it is sheep, cattle, goats or pigs.

It was fascinating watching a dog move a group of sheep in an orderly fashion with a series of whistle commands.  Even when one sheep decided to make a break for it, the dog would quickly bring it back into the fold — something that would be much more time consuming for a human to accomplish. 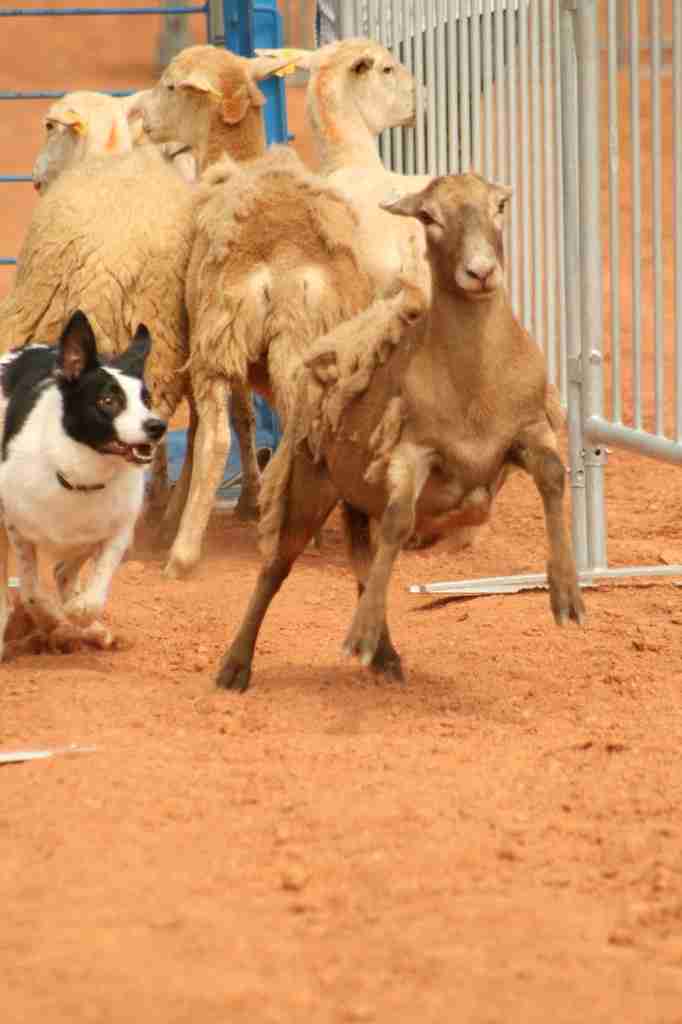 This sheep made the wrong choice, choosing to bolt from the flock. The border collie quickly chased down the sheep and steered it back to the group.

If you have never seen a sheepherding demonstration, there is still time this afternoon with a free 4 p.m. show in the Sam Rand Grandstand. Come on out and see these working dogs in action.