Behind the scenes with…Michelle’s Magical Poodles

This week’s “Behind the scenes with…” feature could also be called “On the road with…,” as Michelle Harrell lets us tag along on a typical day for her and her four poodles as they travel from fair to fair. On her Web site, Michelle, a.k.a. the “Poodle Mama,” explains how it all began:

Michelle’s Magical Poodles was initially inspired by Cupid, the star of the show. Cupid was an abandoned and rescued poodle, adopted by Michelle Harrell. Cupid’s quick to learn and eager to please personality was matched only by his natural ability and effortless agility. While searching for a companion for Cupid, Michelle contacted long time Poodle Breeder Rose Thompson and discovered Pirouette and Blondie. These two half brother and sister were the last of the litter to go. Mrs. Thompson had a feeling they were destined for something special and realized her instinct had been correct. Voila!! A Poodle troupe was born.

Michelle and her dogs will perform during the N.C. State Fair each day in Kiddieland at 11 a.m. and 2 and 4 p.m. Check out the video below for an inside look at Michelle’s traveling show. 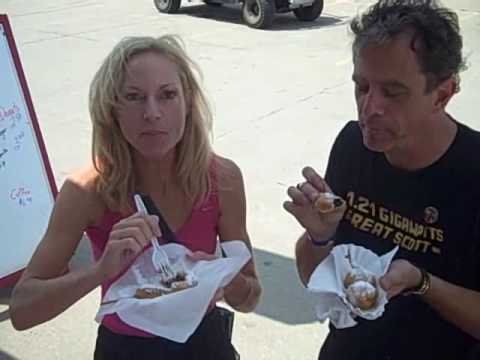