One goal for youth livestock is to go beyond the basics. It is important that youth learn aspects about the industry, network with others, and be able to advocate for their industry. The Youth Beef Industry Tour does just that for youth interested and involved in the beef industry.

Over the course of three days, 17 youth traveled all over the state to deepen their learning about the beef industry as well as the cattle industry as a whole. They learned how to be better cattleman, and women, and learned about opportunities in the future. 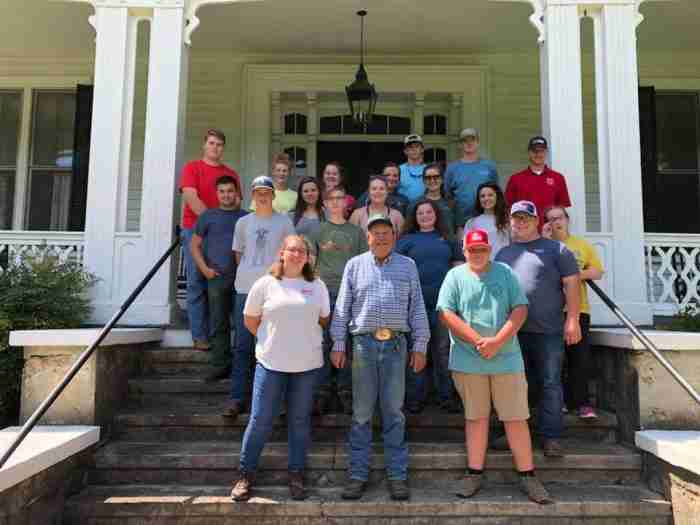 The first stop of the trip was a tour of the N.C. State University Dairy Unit to gain a different perspective of the cattle world. While the dairy and beef industries have quite a bit of differences, they also have similarities like the need for good husbandry, business management, marketing, and well that they both deal with cattle.

The Dairy Unit was followed up with a different breed of cattle at the NCSU Beef Unit across the road. Here youth were able to experience the beef side of NCSU. While the cattle breeds at NCSU Dairy Unit are mostly Holstiens and Jerseys, the Beef Unit mostly has Angus and Hereford breeds.

After a tour of the Beef Unit and a bit of pizza, the group headed to Louisburg to tour Springfield Angus. This cattle operation was formed in 1976. Here the group learned about purebred sales and how he uses artificial insemination instead of buying and expensive bull. 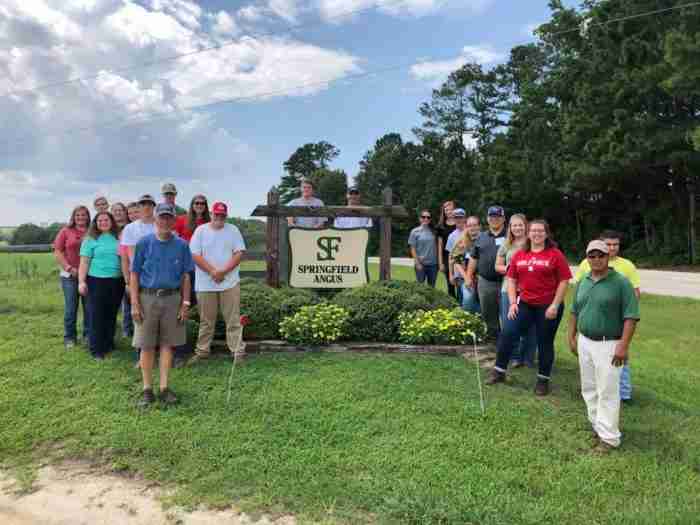 The day continued at Carolina Stockyard to watch a live cattle sale. Learning every aspect of the industry is so important, and that includes what cattle are being sold for and how an auction works. You just have to be careful not to wave your hands about or you might just accidentally bid on a cow.

After a bit of rest at a hotel, the tour continued the next morning at Butner Research Farm, a part of NCSU. For Daniel Dunn of Wayne County, this was his favorite stop of the tour.

“I liked the Butner Research Farm the best because we got to see an automated feed ration machine and learn what they mixed in their feed. Also, they talked to us about toxic fescue or Kentucky 31 which over time will drop the cattle’s reproductive average daily gain and other factors,” said Daniel. 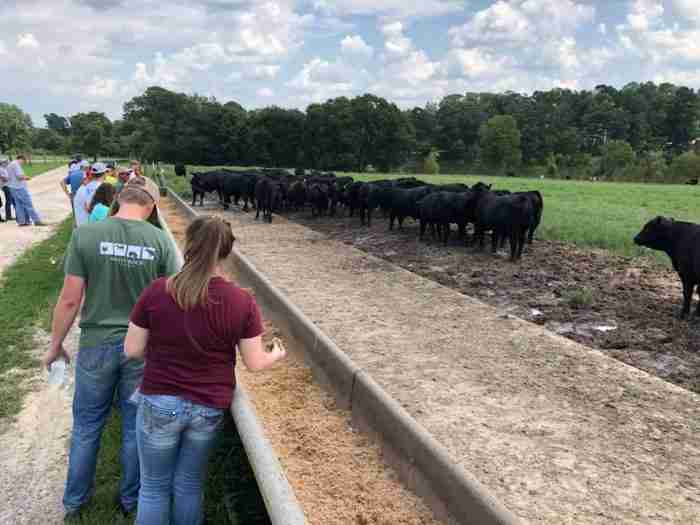 Butner Research Farm is comprised of 1260 acres in Granville and Durham Counties and has a focus on cattle research. This gives farmers a better understanding of their cattle and how to raise better cattle. The farm also conducts research on cattle nutrition. 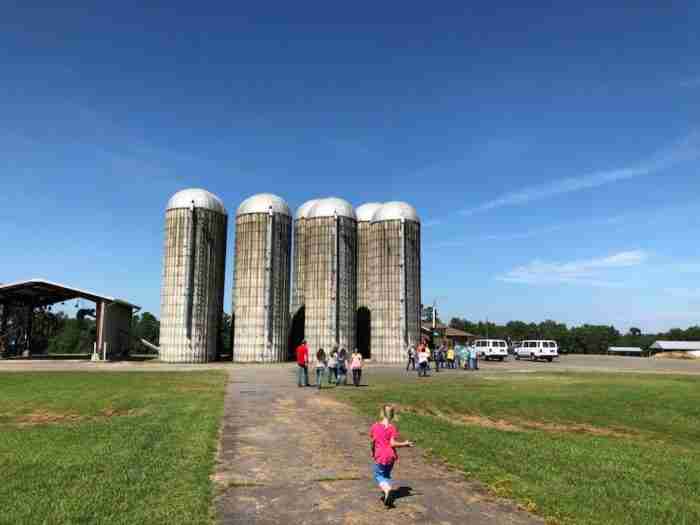 Once youth had gained quite a bit of knowledge and lunch, they headed to EB Harris Farms in Warrenton for a final stop of the day. You may recognize the name EB Harris. He’s the auctioneer at the NC State Fair Sale of Champions! You can read more about that by clicking here. AT EB Harris’s farm, youth learned about his operation and the history of the cattle industry. Mr. Harris had some great stories! For example, he told a story of his family during the Civil War where Union soldiers came to confiscate their meat, but Mr. Harris’s grandfather had the hams and side meat beneath the floor in one of the rooms. 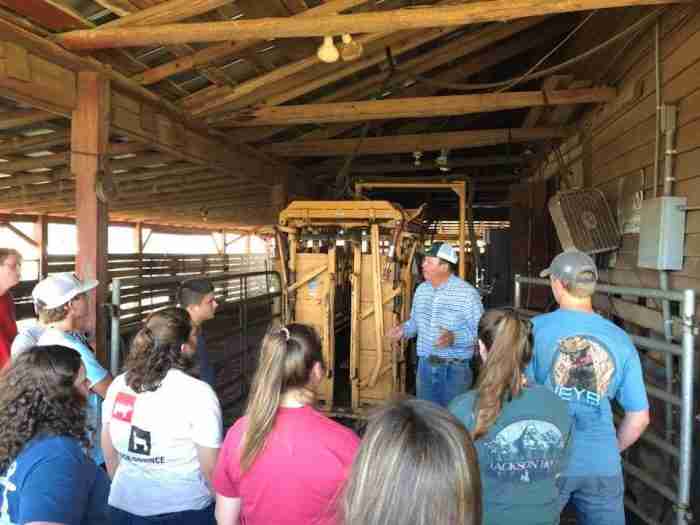 The final day of the tour was less of being out on farms and in the field and more about networking and learning how to advocate for the industry. Youth met with N.C. Department of Agriculture staff to explore all of the duties and responsibilities of the department. They also met with the N.C. Farm Bureau to learn the importance of being involved in local, state, and national policy. Policies determine both law and regulation which can directly impact cattle men and women. Finally, they met with producers and Extension agents to discuss the industry further. 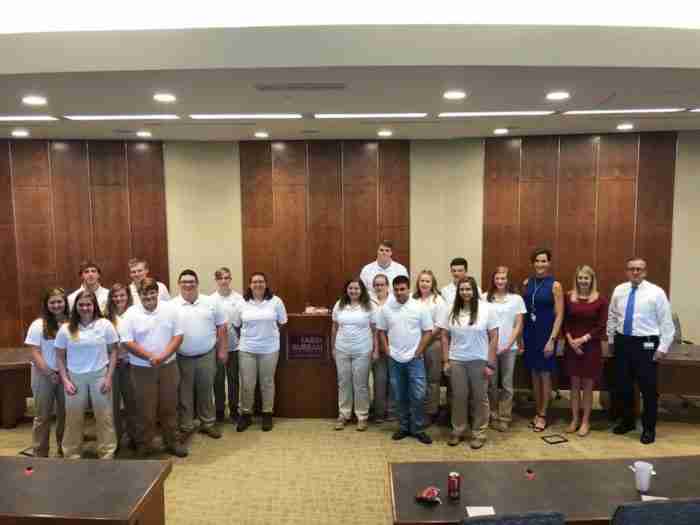 The Beef Tour allowed youth to gain more knowledge and explore areas that they may have not been aware about beforehand. Going on the tour prepares youth for the future and helps develop them into better leaders. It also helps them be able to talk about how awesome the cattle industry is to their peers.