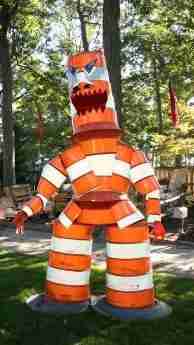 By now, most North Carolinians are aware of the Barrel Monster. (If not, check out New Raleigh’s story on the local celebrity.) Barrel Monster’s creator Joe Carnevale has been busy since his first construction-barrel creation this summer. Since then, a variety of monsters have appeared at SparkCon, atop buildings on Raleigh’s Hillsborough Street and, starting today, at the N.C. State Fair.

Fairgoers will have the chance to see two barrel monsters on the fairgrounds. One is located beside the giant Adirondack chair at the Flower Show, and the other will be on display near Gate 9. The Gate 9 barrel monster is Joe’s latest and last barrel creation. He plans to move away from barrels after the State Fair. But don’t worry; you still have 11 days to enjoy these fascinating creatures before they become extinct.

Check out the video below of Joe working on the Gate 9 barrel monster: 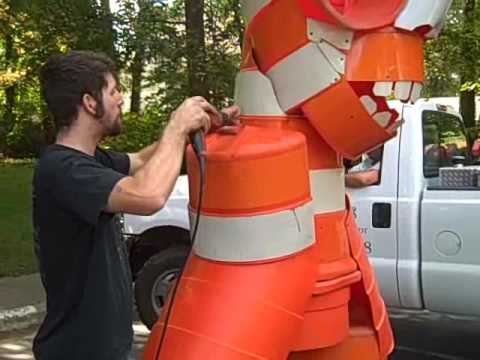