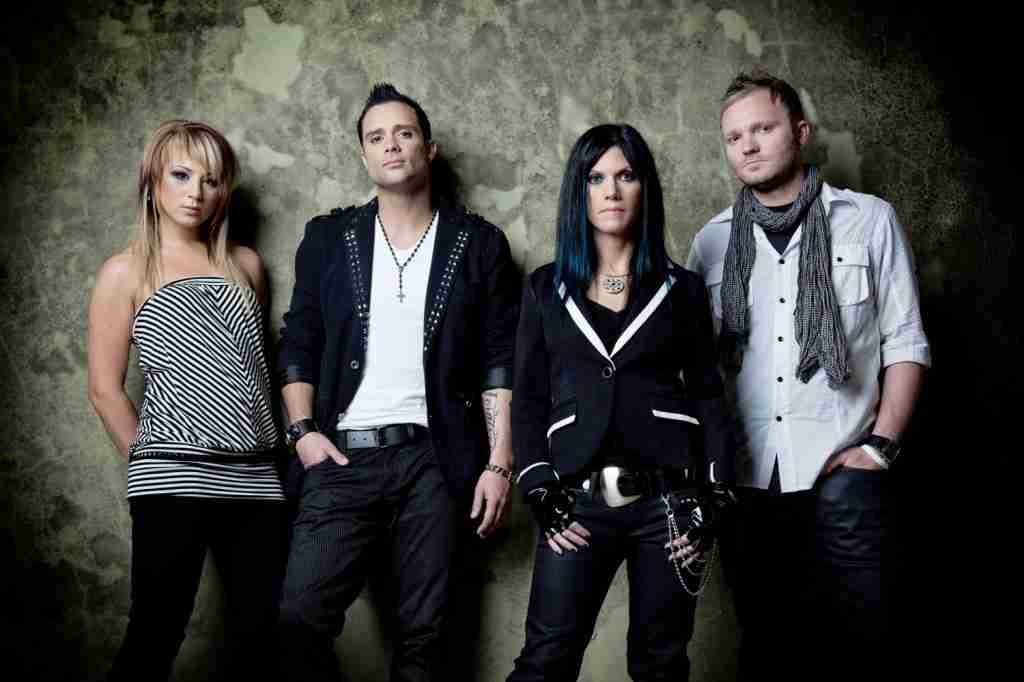 Skillet may be billed as a Christian rock band, but their hard guitars and strong drums have earned them respect beyond just the Christian music genre.

Although the band defined itself as a Christian band from the moment it was formed in 1996, hard-driving rock anthems have given the group secular success not seen by many of their peers. They make the crossover between music worlds seamless, appearing equally at home in their concert appearances with fellow Christian acts Red or tobyMac and with mainstream acts such as Shinedown, Papa Roach and Stone Sour. Midland Reporter Telegram

Skillet is currently on the “Awake and Alive” tour, an album that features remixes of some of their hottest recent hits. From that album, the single “Awake and Alive” was featured in “Transformers: Dark of the Moon” and “Hero” has been used by numerous sports teams and promotions. Fans of WWE may also recognize “Hero” and “Monster” from the video game, “WWE SmackDown vs. Raw 2010.”

Older Skillet songs that have found crossover success include “Savior,” “Whispers in the Dark” and “The Older I Get.”

While not an official band video, I think this is one of the best uses of the song “Hero:”

This won’t be Skillet’s first time at the fair. They made an appearance in 2008, after which I heard someone say that they’d never seen a drummer get such a workout. He was also amazed that their drummer was a female.

Join fellow Panheads (that’s what Skillet’s fan base is called) on Friday, Oct. 14, at 7:30 p.m. in Dorton Arena. Tickets are just $15 and you can buy them online or at the North Dorton Box Office once the fair starts.