Country superstar and Garner native Scotty McCreery is no stranger to the N.C. State Fair. He played two sold-out concerts during the 2012 fair, and we are lucky to have him performing again this year on Oct. 21 and 22. 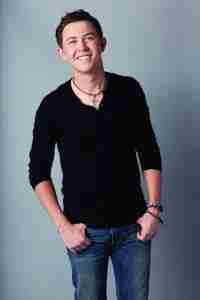 McCreery’s nationwide popularity started when he burst onto the country music scene after winning “American Idol” in 2011. Perhaps it was his dazzling smile and country-tinged vocals that America fell in love with while watching the show, but I know I was won over by his Southern charm. While on the show, McCreery performed songs by country legends Garth Brooks and Josh Turner to show his vocal range and talent.

In 2012, McCreery debuted  “Clear As Day,” making him the youngest male vocalist to ever earn a chart-topping position with a debut album. The artist also won awards at the 2012 Academy of Country Music Awards and CMT Awards. It was easy to like McCreery when we first met him on “American Idol” as a talented musician, and it’s easy to like him now as a relatable college student. Despite his stardom and success, McCreery is a student at N.C. State University in an effort to live a “normal” life.

As a college student myself, I can’t imagine balancing my studies with a career like McCreery’s. As if the 19-year-old isn’t busy enough, he’s currently touring on his Weekend Roadtrip Tour and is expected to release his next album in October.