Kansas came out of America’s heartland in the 1970s to show the music world that the British didn’t have exclusive rights to the term “progressive rock.”

This subgenre of rock music began growing in popularity in the late 1960s, and the Oxford Companion to Music says it featured “extended musical structures which involved intricate instrumental patterns and textures and often esoteric subject matter.” In its early years, prog rock was populated primarily by British bands, such as Pink Floyd, Yes, and Emerson, Lake & Palmer.

With the release of Kansas’ self-titled debut album in 1974, the self-proclaimed “garage band” from Topeka signaled that Americans could play prog rock, too. And do it well.

The mid-to-late ’70s were a time of transition in music. Album-oriented rock was beginning to wane, disco was peaking, and punk was emerging noisily from New York and London. Amid this mix of beats and brashness, in early ’78 Kansas released “Dust in the Wind,” an acoustic song featuring a violin solo. Talk about gutsy. But the song became a top-10 hit and, along with “Point of No Return” and “Carry on Wayward Son,” remains a staple on classic-rock radio.

Those classics and a loyal following helped Kansas achieve eight gold albums and three albums that were certified platinum four times over.

For a taste of Kansas live, watch this video from a 2009 performance. 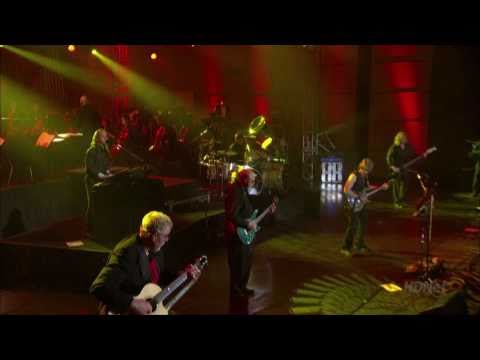