In five days, George Jones will celebrate his 80th birthday, with a big bash being thrown in his honor the next night at the Grand Ole Opry.  But Jones has made it very clear by his touring schedule and through songs such as “I Don’t Need Your Rocking Chair” that he isn’t ready to retire. 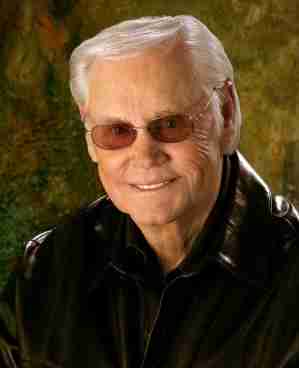 Jones won’t be lacking in hits to sing, having recorded more than 150 of them over his celebrated and colorful career. Included in that number are 14 No. 1 country hits, some duets with his third wife, the late Tammy Wynette, when Jones and Wynette were the reigning king and queen of country music. Fans will likely remember “White Lightning,” “She Thinks I Still Care,” “Walk Through This World With Me,” “He Stopped Loving Her Today,” “The Grand Tour,” “We’re Gonna Hold On,” “Golden Ring” and “Near You,” (the last three with Wynette).

Jones charted a No. 1  country hit in each decade from the 1950s through the 1980s, cementing his place in country music history and earning him induction into the Country Music Hall of Fame in 1992. He was also a Kennedy Center Honoree in 2008.  As he closes in on nearly 60 years in the music business, Jones keeps giving fans what they want — classic country in that classic George Jones style.

Don’t miss your chance to see this living legend in concert. Tickets are $10 and are available online at www.ncstatefair.org