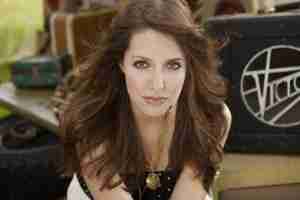 Francesca Battistelli and Building 429 will help to kick off the opening weekend of the fair with their pop-rock Christian tunes. The acts will perform Friday, Oct. 18.

Dove Award winner and Grammy nominee Battistelli seemed destined to be a perfomer. In 2004, at the age of 18, she released an independent album, “Just a Breath.” More success followed, and she signed to Fervent Records to release the chart-topping album, “My Paper Heart.” She recieved her first Grammy Award in 2009 for Best Gospel Performance with a single from the album titled “Free to Be Me.” Batistelli’s third album, “Hundred More Years,” also topped the charts and featured mainstream hits such as “This Is the Stuff.”

Listening to Battistelli’s hits like “This Is the Stuff” or “Beautiful, Beautiful,” it’s clear that she has been true to herself while achieving her goals. The authenticity and realism of her lyrics is what I enjoy most and is likely what also landed her music on TV shows such as ABC’s “Extreme Makeover: Home Edition,” Fox’s “So You Think You Can Dance” and NBC’s “The Biggest Loser.” Her upbeat songs illustrate the joys and struggles of everyday life, making them relatable. 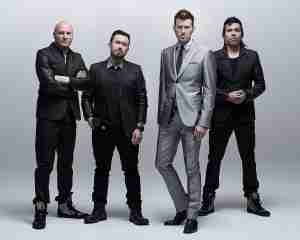 Similarly, Building 429 has found success by creating feel-good music with down-to-earth lyrics. The group of Fayetteville natives strives to use its popular lyrics to minister to people in the midst of hardship by reminding them that there is hope. Just listening to the lyrics of the popular hit “Where I Belong” leaves me feeling empowered and hopeful.

“So when the walls come falling down on me,

And when I’m lost in the current of a raging sea,

I have this blessed assurance holding me;

All I know is I’m not home yet,

This is not where I belong”

“This record keeps coming back to the point that this is not what we were made for, that this is not our home. It is hitting people in the midst of a struggle, but it’s doing it in this pop kind of thing that makes you smile while you listen to it,” said Jason Roy, band founder and lead vocalist, on the band’s website.