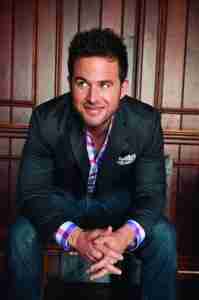 Country singer/songwriter David Nail has been chasing his musical dreams since he graduated from high school in a small southeastern Missouri town. Though he grew up playing baseball and was expected to pursue that career path, when it came time to decide what direction he wanted his life to go, Nashville was where he headed.

Nail credits Elton John as one of the main reasons he started singing and calls Country Music Hall of Fame inductee Glen Campbell his all-time favorite star. When in the recording studio, Nail strives to bridge the gap between traditional country and the sounds of soulful masters like Lionel Richie and Ray Charles.

Songs like “Missouri,” “Clouds” and his new single “Let It Rain” (Listen to “Let It Rain“) are what Nail calls moody and an expression of raw emotion. His music is sure to move the crowd during his performance in Dorton Arena on Wednesday, Oct. 19, so be sure to get your tickets now. Tickets are only $5 and are available online at ncstatefair.org.