ARCY is a State Fair work in progress 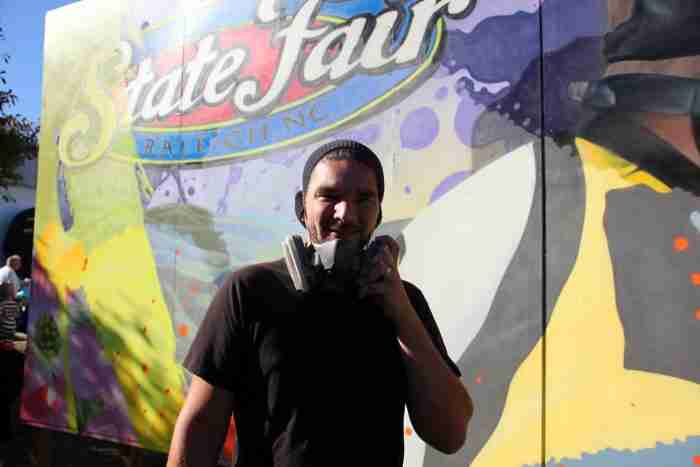 If you have been able to come to the fair more than once, or like a handful of us really lucky people get to be here every day, you may have watched the progress on the 120-foot long piece of art being created by Ryan Christenson of Wallingford, Conn. outside of the Exposition Center.

Christenson, also known as ARCY, has been doing graffiti art since high school and has been touring for about three years. He creates about 100 8×12 walls in the eight months he spends on the road each year.

“Public graffiti art is more respected than it use to be,” ARCY said. “I’ve been doing it for more than a decade and I approach each new project by doing research, finding things about the area that are culturally significant and then put it in my style.” 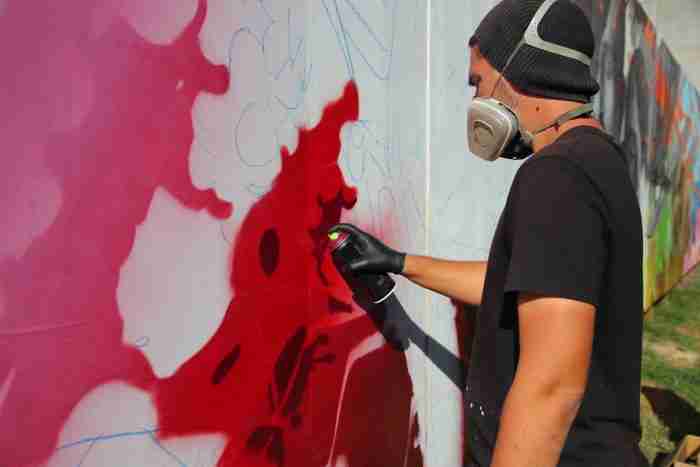 Hundred of cans and colors are used in the mural. Arcy’s ability to get a straight line from spray paint is impressive. “It’s called can control,” he said. “You get better at it as you work with it.”

ARCY is working outside of the Exposition Center daily. Stop by for a look at the work in progress, and to see him in action. “The most common thing people have said is that ‘your team is amazing’ and ‘you aren’t going to get done’,” he added. “It’s just me and I do about 12 feet a day. Come Sunday afternoon, I will finish it.”