American Aquarium performance in Dorton is delayed but not denied 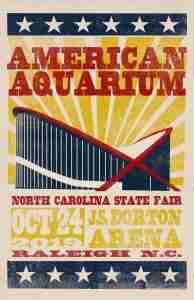 American Aquarium was set to open the 2018 N.C. State Fair, but severe threatening weather postponed the bands’ debut on the Dorton Arena stage. Jumping ahead to 2019, fairgoers can see the latest lineup of the Raleigh-based band on Thursday, Oct. 24, in Dorton Arena.

The long-awaited show will feature the alternative country sound that has drawn critical praise and comparisons to Bruce Springsteen and a former Raleigh band, Whiskeytown.

The following is adapted from a Deep Fried Blog post from 2018:

BJ Barham, front man of American Aquarium, lives those words. He’s a quintessential North Carolinian, raised amongst rows of tobacco in Reidsville. He knows a lot about hard work and the people who carry it out. That upbringing is the driving force behind American Aquarium’s alternative country repertoire, with songs heavily influenced by the lessons, stories, and lives that define rural America. 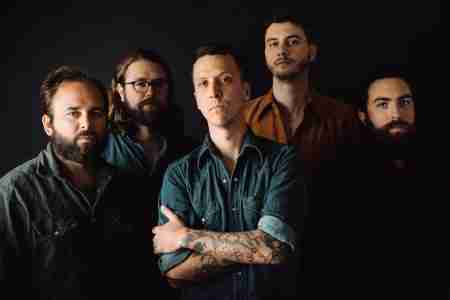 “I come from a blue-collar family. I’m the only one who didn’t go into farming,” BJ says. “I moved to the big city to go to college and fell in love with music, but half the songs on our record are about small towns, little pieces of my childhood.” Those songs are both deeply personal and instantly relatable.

The band continues touring behind 2018’s Things Change, which was American Aquarium’s first release on a label after selling thousands of records on their own. But fans can expect hits from the bands’ entire 10-album catalogue including the Jason Isbell produced and critically applauded Burn. Flicker. Die.

Things Change is an assortment of reflections upon young adulthood. It’s emotional, conversational and brutally honest. Much of the message is a lamentation of the reality described by the title, but it’s far from despondent. Ultimately, American Aquarium’s music leaves listeners with a gift of hope.

“At the end of the day, if you’re not writing songs to affect other people’s lives, you’re in it for the wrong reasons,” BJ says, reflecting on the new album, where he’s been, and where American Aquarium is headed. “Money may come and go. You may never get fame. But if you sit down and write songs to affect people, you can do it your whole life and be happy.”

American Aquarium comes to Dorton Arena at 7:30 p.m. on Thursday, Oct. 24. As with all Dorton Arena shows, admission is free, and seating is on a first-come, first-served basis.