What keeps Gail and Grant Simons at the Root Beer Cart coming back for their 32nd year at the N.C. State Fair? It’s a true love affair.

“We love fairs, we love people and these are our friends,” Grant says. “That’s as good a reason as any to keep coming back every year.”

Celebrating their 60th wedding anniversary, the dynamic duo is still at it, serving their famous root beer out of their red and white striped tent all over the east coast. 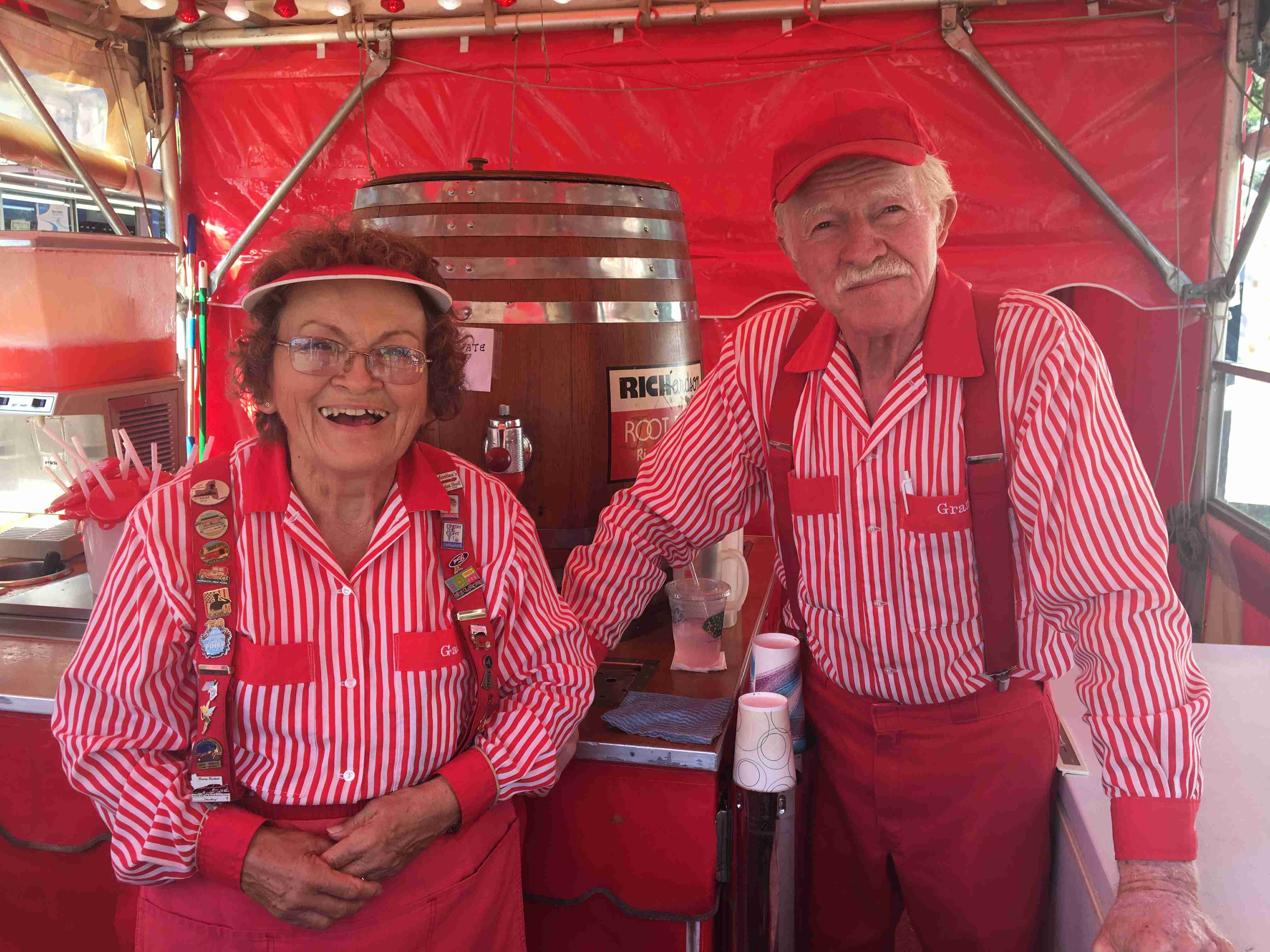 Gail and Grant Simons’ Root Beer Cart is outside Dorton Arena near Kiddie Land for the 32nd year.

“We start in July and go to six fairs in New York,” Gail said. “Then, we slowly work our way down through Maryland and North Carolina before ending in Florida around Thanksgiving.”

At the N.C. State Fair, Gail says she won’t leave without having a Barbecue Sundae and Lime Fizz from neighboring vendors.

The couple resides in Lake City, Fla. during the off-season to take a break.

Gail and Grant’s root beer roots go back to 1950, when Gail’s father bought a root beer truck and her parents worked together selling root beer throughout their hometown of Bath, N.Y. In 1956, Gail’s parents opened a permanent drive-in location to sell their root beer, which is exactly where Gail and Grant met. Once married, the pair took over the family business, and in 1984, they added ice cream to the root beer and started touring.

“We’ll keep at this until our bodies give in, until we don’t love it, or until the money runs dry,” Grant says about when they’ll retire. “It’s a lot for just the two of us to set up and tear down and travel, but we love it.”

Until then, the pair continue to serve up their famous treats and lots of smiles. Vendors and fair goers alike are long-time fans of the Simons, many of whom travel to the N.C. State Fair just for the Root Beer Cart.

The Simons claim the secret to longevity on the fairgrounds are frozen veggies in the microwave of their tent and the customers who come back year after year for the root beer tapped from a barrel.

And the trick to their long-lasting marriage? Grant simply says, “Just do everything right.”

Get your root beer float at the Root Beer Cart located in Kiddie Land near Dorton Arena.