A different measure of success 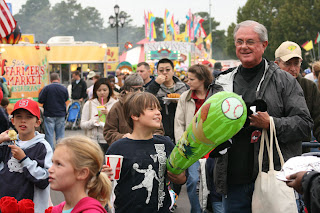 Well, the Fair is over and the Fairgrounds is slowly transforming from a bustling mini-city to empty buildings and parking lots. The press office has moved from our cramped quarters in the Kerr Scott Building to our individual offices in downtown Raleigh, ready to settle in for a long winter’s nap (we wish!). There are plenty of boxes left to unpack and we need a day or two to decompress before we start documenting the good and the not-so-good about the 2008 N.C. State Fair and start looking ahead to Oct. 15-25, 2009.

Despite what some media outlets might have led you to believe, we are thrilled with the outcome of the 2008 State Fair. There are a lot of factors that come into play to determine a successful State Fair. Attendance is one of them, and as Brian Long (aka FlyingBob) said in today’s N&O, “You can’t find too much to quibble with when more than 700,000 people come out.” We had no serious ride accidents, despite having the largest Midway ever – 114 rides. But the biggest indicator was on people’s faces – and that’s the smiles. People were having fun, and that’s the biggest measure of success in our books.

Some other milestones at this year’s Fair: 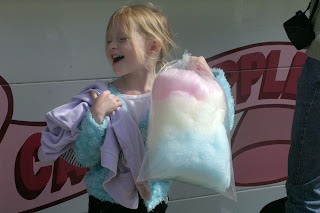