5 days to go and I’m looking forward to … 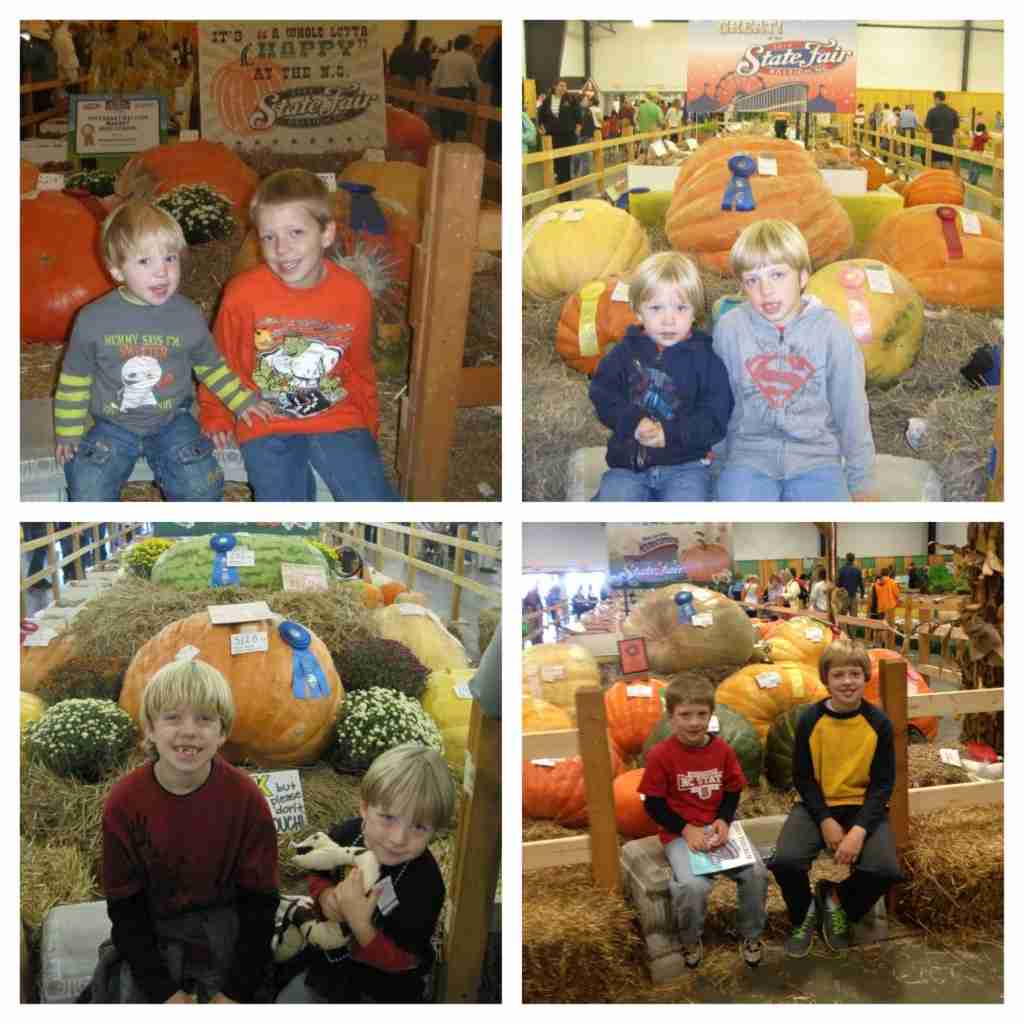 Taking pictures with the giant pumpkins is an annual tradition

One of my favorite traditions at the fair is posing my kids in front of the giant pumpkins in the Exposition Center. For me it is always a must-do.  I try to get it in early in their fair visit – before they’re worn out from all the fun and while I can still bribe them with going to the rides as soon as we get the photo.

Judging by the lines that will sometimes form in front of these giant beauties, I’m not alone. By the end of the fair, I bet these pumpkins are the most photographed in North Carolina.

I am excited that the fair is supersizing the giant pumpkin competition this year and I can’t wait to see these giants roll into the fair. Or more accurately, be carried by forklift on a wooden pallet.

The fair has added a new competition this year in partnership with the Great Pumpkin Commonwealth. Organizers are expecting extra-large entries from North Carolina, South Carolina, Tennessee, Ohio, Kentucky and Virginia. This group is internationally sanctioned and its website displays some impressive totals, including a 2,102-pound pumpkin from Switzerland. I can’t wait to see if we get some whoppers at our fair, too. To date, there are 24 pumpkins and 15 giant watermelons registered. Top prize money for pumpkins and watermelons is $1,250, second is $750 and third is $500. This competition is sanctioned by an international group and is different from the traditional giant pumpkin competition.

The traditional pumpkin competition only allows entries from in-state. Depending on the growing season that year, the fair generally gets entries ranging anywhere from 700 to 1,000 pounds. Last year’s winner tipped the scales at 799.6 pounds.

All of the giants will be on display in the Exposition Center. Be sure to bring your camera.